Power/electricity is a critical requirement for growth and economic production in the Nile countries. In particular, it is important for attracting new investments to the region, supporting expansion of the industrial and service sectors, creating employment and improving living standards. The Nile riparian countries are endowed with substantial energy resources that include hydropower potential, natural gas, oil, geothermal energy, coal, peat, biomass, solar, and wind.

Among the various energy options, hydropower is the most attractive to the Nile countries because of its long economic life and low per unit energy costs.

The hydropower potential in the Nile Basin exceeds 20 GW. Existing facilities only represent about 26 per cent of potential capacity.

The Nile countries depend on hydropower to varying degrees, with Burundi, DR Congo, Ethiopia, and Uganda reliant on it for 80 per cent or more of their power.

Electricity supply in the Nile countries (with the exception of Egypt) is inadequate, unreliable, and expensive. Accordingly, electricity consumption in the region is among the lowest in the world. Urban areas are significantly better served than rural areas, where the bulk of the population remains dependent on biomass energy sources, with associated negative impacts on the environment.

The Nile Basin remains the only region on the African continent without a functional regional power grid. The volumes of power traded amongst Nile countries are insignificant.

Demand for power in the region is high, rising rapidly, and will exceed supply for many years. The rise in demand is driven by, among other things, improving economic conditions and rising population in the basin. Projections of power demand for 2035 in the Nile countries indicate an increase of 300 percent and higher over present demand.

Very large investments in power generation and transmission – in the range of tens of billions of dollars – are required for a sustained period to meet the region’s power demand.

Hydropower is the preferred energy source for most Nile countries. To tap and sustainably exploit the vast hydropower potential of the region, the countries need to plan and develop the water resources cooperatively, and mainstream environmental and social considerations in all aspects of power development. Balancing the interests of competing sectors and different countries while optimizing hydropower production will require coordinated reservoir operation across the basin. 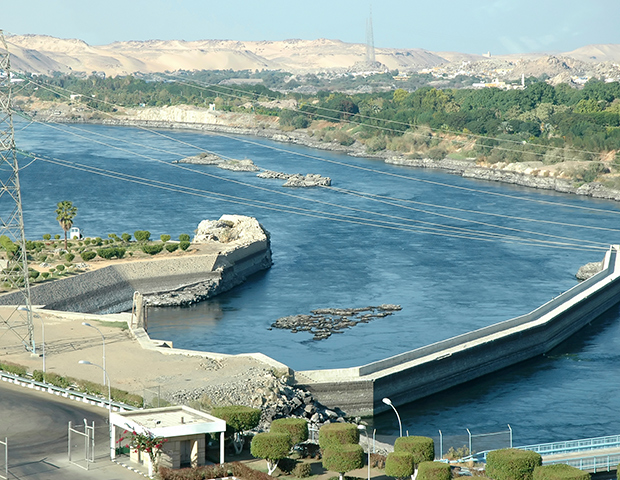 The NBI is contributing to the transformation of the region’s power sector by providing a forum for joint planning and cooperative development of hydropower generation and transmission options, and promoting power pooling amongst the Nile countries.

The NBI has developed analytical tools such as the Nile Basin decision Support System (Nile-DSS) that make it possible to quantify costs, benefits, and tradeoff in power options, and allow for avoidance of harmful impacts to existing water uses.