The term 'climate change' refers to the significant and lasting change in the global weather conditions over long time periods (i.e. 25 years and longer) and mainly resulting from human activities.

The Nile Basin is highly vulnerable to the impacts of global warming owing to a multiplicity of factors, and the basin communities have limited ability to cope with the negative impacts of climate variability.

Climate change is a serious threat, with potentially very adverse  impacts  on  the  socio-economic  conditions  in  the  Nile  Basin,  on  its  environment,  and  on  the  ongoing  efforts  to  establish  a  mutually  agreed upon mechanism to manage the shared Nile water resources. 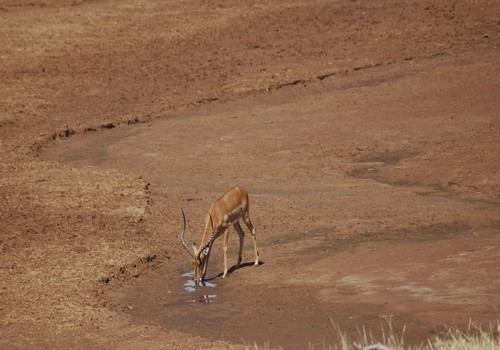 Factors increasing the region's vulnerability to climate change
A number of factors render the Nile Basin particularly vulnerable and sensitive to impacts of global warming. Key factors include:

Although the impacts of a global warming trend are not yet clear at regional and local level, the basin countries would do well to implement a number of 'no-regret' or proactive measures aimed at building resilience to current climate variability while enhancing adaptive capacity for future threats.

A sensible approach for now would be to prepare for more variable conditions than currently recorded.

Climate-change adaptation measures will be most effective when undertaken in   coordination with other riparians. Examples of   joint measures to enhance the    collective adaptive capacity include coordinated reservoir operation, promoting agricultural trade amongst the countries and between the basin and other regions, interconnecting power and transport systems, developing joint mechanisms for resource solicitation for    climate-change programmes, and conducting joint research.

NBI: Contributing to climate-resilient growth
All NBI  activities,  because  they  are  aimed  at  improving  water  management  under  natural  uncertainty,  contribute  to  enhancing  resilience to climate variability and change in the Nile Basin. The key NBI activities in this respect are the following: