The ground-breaking ceremony for construction of the 80 MW Regional Rusumo Falls Hydro-electric Project is set for March 30, 2017.

The ceremony which will take place at the Rusumo site on the Kagera River will be witnessed by Ministers of Energy, Water and Finance from the three beneficiary countries namely; Burundi, Rwanda and Tanzania, Board Members of Rusumo Power Company Limited from the respective shareholder countries, representatives of the World Bank and the African Development Bank, who are financiers of the project, as well as other key stakeholders will attend.

Construction of the Power Generation Plant is financed by the World Bank at a cost of USD 340 million  while the transmission lines that will connect the power plant to the national grids in the three countries is financed by the African Development Bank (AfDB) at a cost of USD 121 million.
Among the numerous benefits, the project will provide an additional 26.6MW to each of the beneficiary Member States and strengthen the regional power interconnection between the countries. It will improve livelihoods of the 7,000 households in the beneficiary districts under the local area development program and another 188 households directly affected by the projects through livelihood restoration program. This is in addition to providing job opportunities for over 500 skilled, non- skilled and casual workers from the three beneficiary countries. 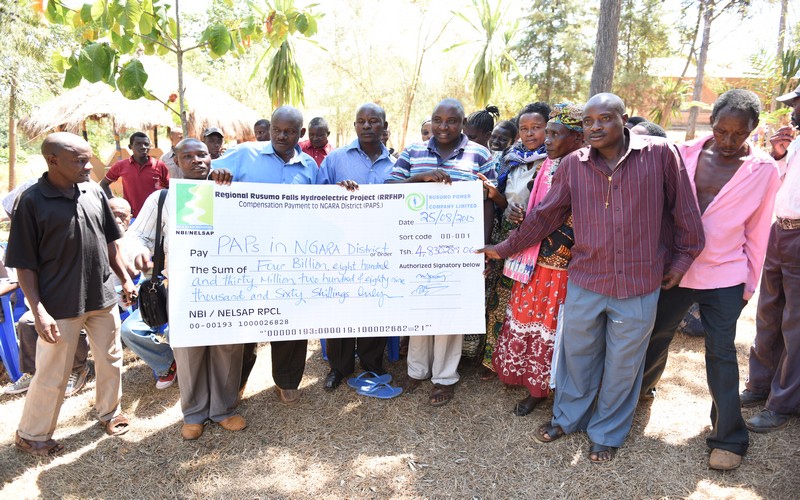 The Rusumo Power Plant is being implemented by the Nile Equatorial Lakes Subsidiary Action Program Coordination Unit (NELSAP-CU) mandated by the three countries through the Special Purpose Vehicle, the Rusumo Power Company Ltd (RPCL). The RPCL is jointly owned utility company by the three countries, institutional mechanism set-up for the co-management of power generation and supply to national power utilities.

NELSAP Regional Coordinator, Eng. Elicad Elly Nyabeeya, recognises that the Regional Rusumo Falls Hydro-electric Project is complex, transboundary in nature, with a number of different components and several key stakeholders, thus demands effective coordination and management to deliver the required Power Plant, associated transmission lines, and sub-stations in a timely manner. He reiterates that once the project is completed, it will enhance socio-economic growth, reinforce regional cooperation, partnership and peace within the Kagera River Basin countries. 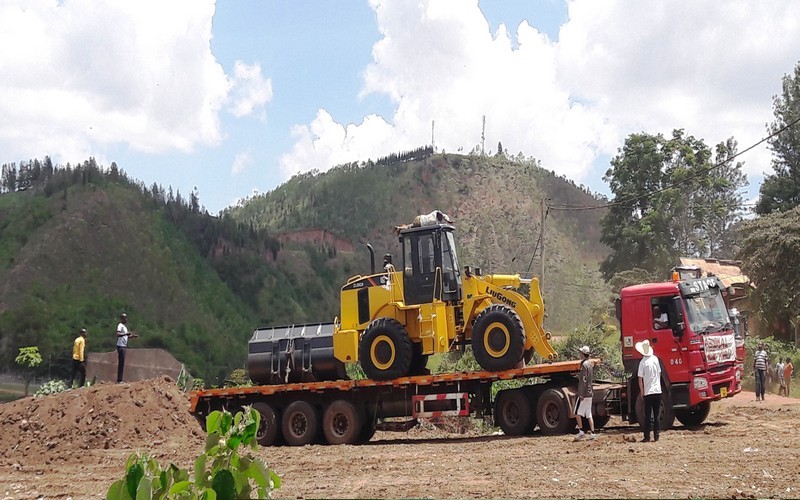 The Rusumo falls is located on the Kagera River on the border between Rwanda (Southeast) and Tanzania (Northwest) and about 25 kilometers downstream of Burundi, Rwanda and Tanzania common border point. The Falls are approximately 15 meters high and 40 meters wide. The catchment at the falls drains to the territories of Tanzania & Rwanda.

The Rusumo falls was identified as a potential area for hydropower generation as early as 1970s, to address inadequate energy, which is one of the major socio-economic development challenges facing Burundi, Rwanda and Tanzania, which still have low rates of electricity access.

Although the three partner states discussed over several years to move Rusumo falls project forward, implementation of the highly needed project was not forthcoming due to a number of reasons, including lack of commitment from the partner states, lack of investment finance, civil conflict as well as absence of a joint institution to coordinate the project.

The development of the Regional Rusumo Hydroelectric Project idea was revived in 2006 and championed by Nile Equatorial Lakes Subsidiary Action Program Coordination Unit (NELSAP-CU), the investment arm of the Nile Basin Initiative (NBI).

The Project design is a Run-of-River Development Scheme with a normal operating water level of 1,320 meters above mean sea level. The Run of River Development Scheme was selected by the beneficiary governments because it maintains the natural flow of the river and does not significantly modify the natural environment; it minimizes environmental and social impacts of the project and provides for the least cost implementation for environmental management and resettlement.